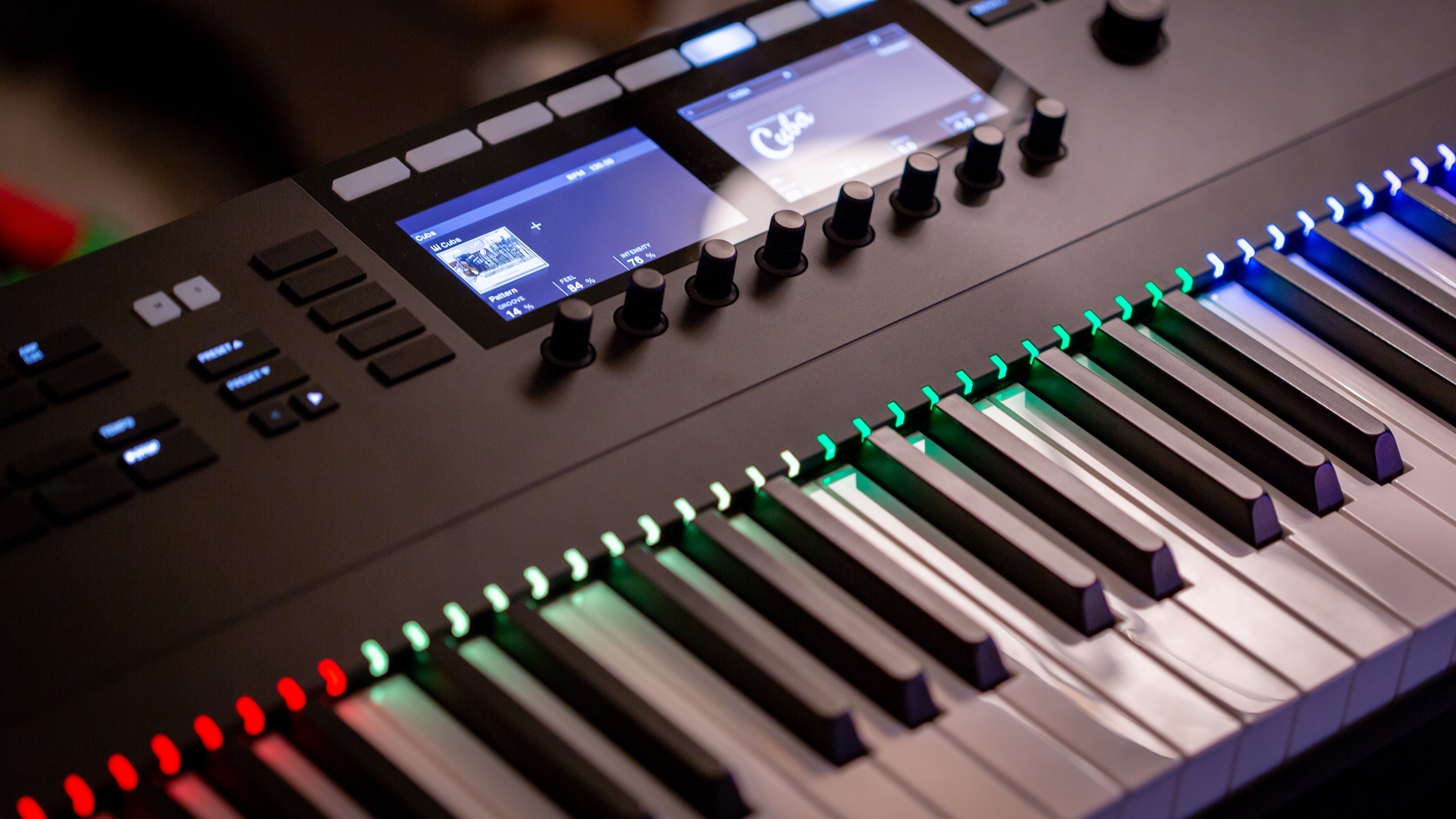 Power and your PC

The energy going into a computer is the most critical component and can be one of the most overlooked. It is simply assumed that it will always be there and working properly. A top-of-the-line processor and ultra-powerful graphics card do nothing if a system doesn’t get the ample and stable power it demands. Having quality components that provide and regulate the power supplied to a computer is critical, and this brief overview looks at some areas worth considering.

Computer power supplies take the high DC voltages (110 V or 220 V) from an electrical outlet and convert them to the various lower AC voltages required for a system to function. Typical voltages required within a computer are 3.3V, 5V, and 12V, where the 3.3V and 5V lines are generally used to power the circuits, and the 12V line provides power to run items such as hard drives, optical drives, and cooling fans. .

Power supplies are sold in terms of their total power output, in terms of wattage. Choosing the correct power supply means not only finding one that provides enough power for all components connected to the system, but also one that is physically the correct size, has enough connections for typical drives and fans, and, if necessary, also it has special connections for things like Serial ATA drives and modern video cards.

Choosing a power supply with enough power shouldn’t be a big deal, as having more power than you need is never a bad thing. Just because a power supply is rated at 400W, or perhaps 600W, does not imply that it is consuming that at any given time. It simply indicates the total power available to the various lines within the computer. For those interested in getting a good idea of ​​their minimum power requirements, this power calculator is a convenient reference. In addition to checking the total wattage of a power supply, it is also recommended to look for strong amperage values ​​on the 3.3V, 5V, and 12V lines, as power supplies with identical total power ratings can distribute power to the various lines in different quantities.

Power supplies come in a few different physical sizes, but the most common ones are designed to fit standard ATX and micro ATX (mATX) form factor cases. A typical ATX power supply, such as this 680W Echo-Star unit, measures 3.25 “x 6” x 5.5 “and features two cooling fans to not only cool the power supply, but also to help to extract hot air from the computer Typical The mATX power supply, such as this 320W A-Power unit, measures 2.5 “x 5” x 4 “and, due to the smaller size, has a single cooling fan. MATX cabinets are generally much smaller than ATX cabinets and therefore have smaller power supplies, with generally lower power ratings and fewer connectors.

The connectors of a power supply also deserve consideration. Most power supplies come with what appears to be an electrical grapple of wires hanging from the back surface, and you need to make sure that somewhere in that tangled package are all the connectors you need. The power supply must have at least as many connections as drives, cooling fans, and other items found in the case. Until recently, power supplies had a fixed number of connections, and if you needed more, you had to use dividers to distribute power to all components. Modular power supplies, such as the Ultra X-Connect 500W unit, are now available and eliminate that “electric octopus” entirely and allow the end user to connect only the cables they need. The flexibility of a modular power supply design not only allows you to customize the connections to your needs, but also makes installation simple and neat, as there are no additional cables hanging inside the box.

Selecting a high-quality power supply may cost more money up front, but it could end up saving you money down the road. Many manufacturers now offer power supplies that consume less energy thanks to high-quality internal components, advanced designs, and active power factor correction. These units can now provide the same power to a computer’s components, but due to higher efficiency, they consume less power from the outlet.

Surge protectors are intended to protect your electronic devices from a brief surge in voltage caused by lightning strikes, continuous blackouts, and heavy electrical equipment. A surge protector reacts to divert additional electricity to ground, thereby protecting your expensive computer equipment from damage. A surge is any surge lasting three nanoseconds or more, so a surge protector must react quickly. Most surge protectors also include a fuse (or circuit breaker), and if the surge is too great to handle without interruption, the fuse will blow. Although the fuse may be blown, it is a small loss compared to what you could have saved.

Surge protectors come in all shapes and styles. You can even find some basic models at your local dollar store, but they don’t offer more than a few outlets connected to a switch. You don’t get serious protection, but many people just want more outlets, not protection.

The more serious surge protectors will likely cost a little over a dollar, but will give you the peace of mind of knowing that your equipment is truly protected. In addition to protecting against electrical surges, some devices include additional features such as conditioning to filter noise from the line and ports to protect other lines, such as cable TV, telephone and networks.

The Fellowes Smart Surge Power Strip protects up to 10 devices against surges, as well as offering line and port conditioning to protect your phone line. A very attractive feature of such a surge protector is that 4 of the ports are designed to accept bulky AC adapters. For those with surge protectors that weren’t designed to be that easy to use, there is still hope in the form of Power Strip Saver cables. Basically just 7-inch long extension cords, these items can go a long way when it comes to connecting multiple AC adapters to a more traditional surge protector.

Many people familiar with uninterruptible power supplies (UPS) know that they can keep a computer running during a total power failure, but they don’t know what else they do. Most UPSs will also provide protection against overloads and brownouts (when the voltage drops below normal), as well as protection against the possibility of a change in the frequency of the electricity.

UPSs come in two varieties, standby and continuous, although standby versions are much more common and less expensive. A standby UPS allows devices connected to it to operate from normal electrical connection until a power loss is detected, at which point it quickly (within milliseconds) switches to the UPS’s backup battery. A continuous UPS always has the devices connected to it running on battery power, while the batteries are recharged through the normal electrical connection.

UPSs are sold in terms of their capacity, in terms of VA (voltage multiplied by amperage). This implies that the devices connected to the UPS can draw a maximum amperage at a specific voltage. The operating time after a power failure is also generally specified for a UPS based on a full load that is placed on the device.

Selection of a UPS should be based on the intended use … A smaller unit, such as the Fenton 600VA, would be adequate to power a typical desktop computer, a monitor, and smaller peripherals such as a printer and lighting for what they qualify as 15-23 minutes at full load. If multiple systems need to be powered, or perhaps there are plans for future expansion that will add to the power demands, a larger unit like Tripp Lite 1500VA may be more appropriate. The first two units are designed to be installed very close to the devices to be powered, perhaps on the floor behind a desk, but if you are looking to add a UPS to a server, there are also rack mount solutions such as Opti UPS. 1100VA.

Regardless of the application, sizing a UPS can seem overwhelming. One manufacturer, APC, has created a handy UPS selection application that will take some of the guesswork out of choosing the right UPS for any particular application.

A computer system is only as strong as its weakest feature, and many times that distinction falls on the power supply and related components. By choosing a quality power supply, a surge protector, and perhaps a UPS, one can ensure that they have sufficiently strong and stable power to keep their system up and running now, as well as in the future when upgrades may increase power. demand on your system.