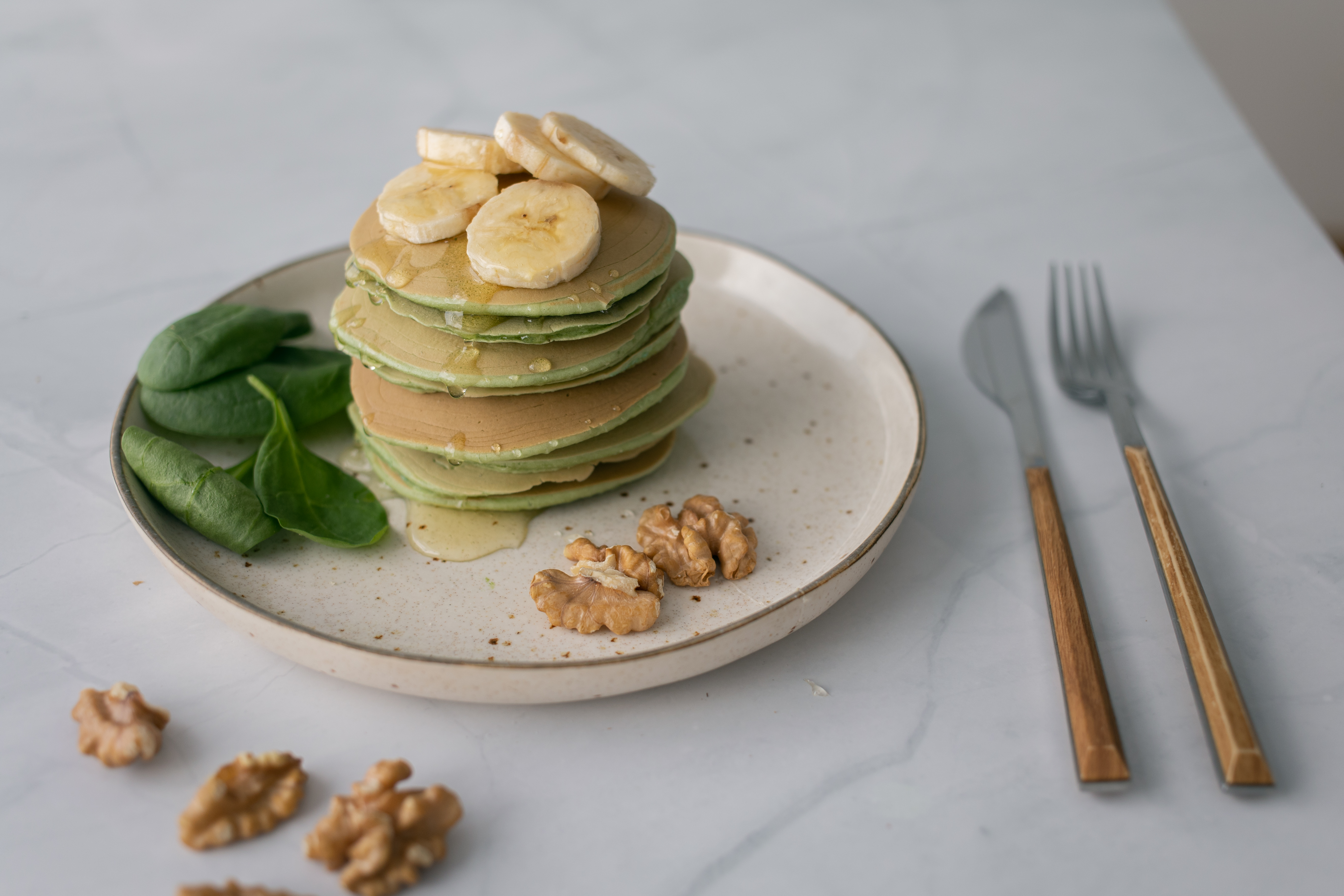 An MMO (Massively Multiplayer Online) game is played on the Internet, set in a virtual world in which many people play and interact at the same time. Currently, the largest MMO in North America, arguably the most talked about MMO, is World of Warcraft (WoW). However, in addition to WoW, there are several MMO games directed and marketed for children; I recently started reading about these “kid-friendly” MMOs and started wondering what impact an MMO would have on kids and their creativity.

There are several MMOs for children. There are free versions (free-to-play) and subscription versions, but they are all based on one principle: MMO games can make a LOT of money. How do they do that? They are adept at creating an atmosphere that leads to opening your wallet and employing psychological tools that promote addictive behavior. Many adults have a hard time detecting this, how can you expect your children to do so?

Most MMO games have a tiered system, a free part and a paid part. How these two sections of the game interact depends on the financial structure of the game. There are two main and distinct strategies that a company could try to use:

One is the monthly subscription model. In this model, to enjoy the full game you have to pay a monthly fee. This often means that the free part of the game has a time limit; you can download the game, play during the trial period, and once it’s over, you’ll have to pay to continue playing. Alternatively, you may be able to keep playing the free game, but to unlock better features, new experiences, and places to explore, you must be a subscribed member. Basically, when using the free / trial version, it will take more effort and time to achieve the same goals as a subscribing member, if possible. Usually the game will remind you, as often as possible, that your life and your gaming experience would be easier if you send them some money. The latter model is the one employed by Toontown, an MMO published by Disney and marketed for children.

The other is the Microtransaction model. In this system, the game does not have a monthly fee but they do offer options to buy credits (with real money) that you can spend in the game to get bonuses. The “Coins” feature in Facebook games is an example of this: sometimes these items do not affect the game and are only for people who want to show off, but usually they affect the game and provide great benefits to those who want to. . to pay them. The term Microtransaction refers to the fact that these purchases are typically small, ranging from five dollars to a few cents: small enough to appear small, large enough to add up quickly.

The attitude and culture of “keeping up with the Joneses” is something that MMO games actively encourage, whether it’s having the latest and greatest weapon, a special limited-edition item, or giving prizes to the best players. Encourage players to play longer and pay more money.

There is very little real creativity in MMO games. They are carefully designed to keep you playing for as long as possible, often doing the same repetitive tasks over and over again to gain money, experience, or to achieve some other goal in the game. There may be some problem solving in the game, but, within the limits of the game, there is a limit to how complex a problem can be and a limit to how creative the solution can be. There are so many more creative activities that kids can do!

There are many strategies used by MMO game creators that you should be concerned about. Possibly the most common task in MMOs is “farming”, where you must collect a series of items to deliver them and get a reward. You collect 20 blue stars, hand them over to receive a shiny silver button, and go on to collect 20 red squares so you can get your shiny gold button. This strongly reflects the reinforcement concept of behavior analysis: pulling a lever and getting a reward or reinforcement. In this case, you pull the lever 20 times and you get a virtual reward. Much of the research in this field was started by BF Skinner, whose studies suggested that a subject’s behavior can be controlled simply by creating a stage to play and a reward for doing it correctly. MMOs have this down to a science. You perform a repetitive task to receive your reward before moving on to the next task, a task that is often only a few nuances different from the previous one.

MMO games run on a system of rewards, achievements, and improvement. There is a whole trophy section in Toontown where the players with the highest scores on various achievements are posted for the world to see, but to get this recognition you have to play and play a lot. The human brain does not easily distinguish between real and virtual achievements; Working for hours to get a special item in a game is just as satisfying as creating something in the real world, as far as your brain is concerned. This is a very addictive and dangerous item for games. The mental attachment can be so strong that some countries like Korea now recognize virtual goods as real. An entire industry has sprung up around creating and selling virtual items and this industry is now worth more than $ 6 billion. “Collecting” can become addictive behavior and is actively encouraged by MMO games. It keeps you playing (even if these items don’t have a direct effect on the game) and it keeps you spending.

They also employ Skinner’s theory of “variable rate rewards”, which gives you random items or rewards to keep you playing. Just like slot machines, you keep playing because the next one could be the “big win”. Is this the type of behavior we want to encourage in our children?

All three tactics can be combined to create a highly addictive environment. Take our Blue Stars, for example. We need to collect 20 to receive our Shiny Silver Button (Booster). However, blue stars can only be found under green rocks, not red or blue rocks, so there is a random chance of finding the correct rock to look under (rewards of varying proportion). Also, they are only found in a quarter of all green rocks (plus rewards of varying proportion). But, under all the rocks, we have a slim chance (let’s say one percent) of finding a super rare shiny gold hat (even more variable proportion rewards and a superiority). Once we finally find all of our blue stars, we are guaranteed to get our shiny silver button, but now we can try to get our shiny gold button (a superiority) by collecting red squares, and the process starts all over again. In that simple search, the designers have managed to fit one instance of Reinforcement, three instances of Variable Ratio Rewards, and two instances of One-upmanship. Three different addictive strategies, applied six times, have guaranteed that the player will go through every stone they find while convincing them that it is worth their time.

By using behavioral controls, you can see how such a simple search has turned into a huge time sink. We started off by having to check Green Rocks for 20 Blue Stars, which with a single Booster app would require 20 Green Rocks, but thanks to Variable Ratio Rewards, we’ll probably have to check 80 Green Rocks to get those Blue Stars. And because there is a chance of finding a shiny gold hat (which probably doesn’t even do anything but look shiny), we’ll also check out the red and blue rocks. Assuming a uniform distribution, we will end up checking around 240 rocks in total, 80 of each color. 240 rocks to find 20 blue stars. But at least we’ll probably get our Gold Shiny Hat, right? Too bad everyone else has one too and is now looking for a shiny gold cape instead.

This is one of the simplest examples of addictive behavior controls in an MMO, there are many, many more. Now imagine you could pay a monthly fee to unlock a special magnifying glass that gives you a chance to find that shimmering gold cape while searching for the shiny gold hat. If you are emotionally involved in the MMO, it is very possible that you will also invest financially.

The time cost of MMO games

MMO games can easily become a waste of time, especially if you get addicted to them. They are a very efficient babysitter, but the costs for creativity and general well-being are too high. There is a fine line between having time for hobbies and recreation, even watching television and playing regular computer games, and being completely absorbed. Many adults have not discovered this balance, so our children, if not directed, would be hopeless.

MMOs are more social than many other games and often require teamwork or some problem-solving skills. There are some skills that a child can learn through games, MMO in particular, but virtually all of these skills can be taught or learned in other settings that are free of behavior controls, hidden costs, wasted time, and virtual achievements.

If you set very strict guidelines, such as having the computer in a public room in the house (remember that most games have a chat feature), have your child play with a parent account that they have full access to and set a daily time limit, then it is possible to enjoy these games. At a minimum, you can use the game as a learning tool, so that you and your child can identify the marketing and psychological strategies used by the creators of games.

** This post was co-written by my amazing editor Darrel Ross. I did a lot of research and play for this post, but he has the experience of playing recreationally so he was able to provide detailed examples of how MMO games can be addictive and destructive.

There are many reasons why I don’t think MMO games are a good idea for kids, but I’d love to hear your arguments for and against. If you have both positive and negative experiences with MMO games, please leave a comment below.