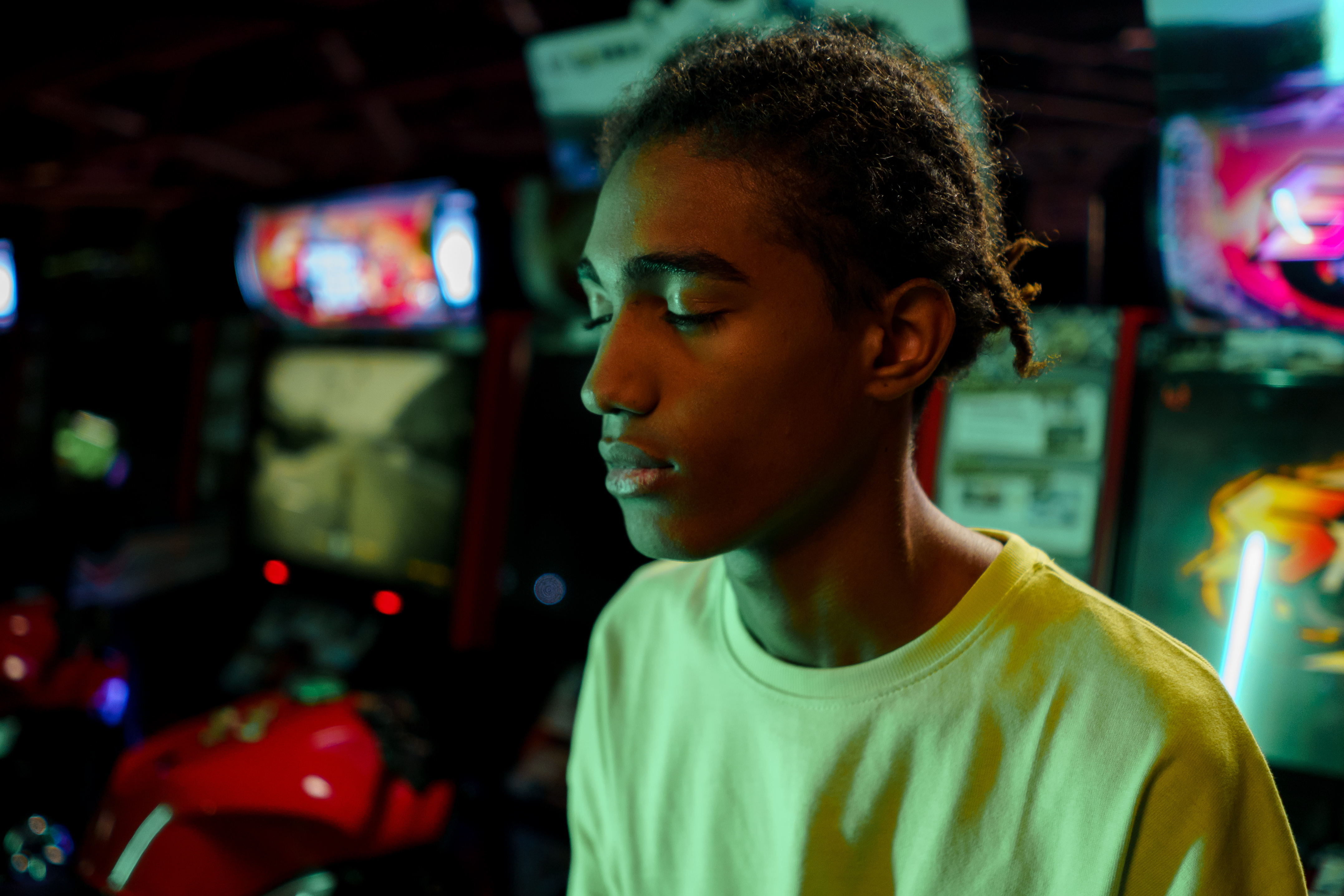 Things I learned from TV and movies

When talking on the phone, you don’t need to say goodbye. When you have all the information you want, just hang up. Even if the other person is your boss and they called you, and they haven’t finished talking, that’s fine, just hang up.

When you follow someone and you don’t want to be seen, you don’t have to hide. Park your car in plain sight about twenty feet from where they stand, and when they get out they won’t see you.

If someone shoots you with a machine gun or high-powered rifle, you can hide behind a bush or an empty garbage can and the bullets will not penetrate. Alternatively, you can push someone in front of you (even a corpse) and that person will absorb the bullets, keeping you safe.

While hiding behind the empty garbage can, if four people shoot at him with machine guns and he only has one pistol, he will not get hurt. Wait for a pause in shooting, then jump up, close your eyes, and fire four quick shots. You will get them all.

A ninety pound woman, if she’s fit, can kick the shit out of a 300 pound bully.

The same 40-pound woman will never break her nose or lose any teeth while kicking trash.

When defusing a bomb or other explosive device, and there is five minutes on the timer, go ahead and have a conversation with someone else. Wait until the timer is reduced to 2-3 seconds before cutting the last wire.

When typing on a computer keyboard, type as fast as you like and don’t look at the keys, even while on the phone. You will never make a mistake or have to back down. This is especially important when time is short and you are writing a complex hacking program or connecting a security video.

When you’re stealing data from someone else’s computer, the moment you log in you’ll see exactly the files you need, conveniently displayed, and the printer is always ready.

Almost no one in the movies uses Windows on their computers. Their screens are much prettier than Windows’ screens, but no one in the real world has ever seen them … yet the characters know exactly how they work.

In movies, everyone uses Apple laptops.

If you are on foot and someone is chasing you in a car, don’t run sideways to get out of the way. Instead, run down the middle of the street or alley to make it easier for them to run you over.

If you are a cop and your suspect comes across a dark building, follow him inside, but whatever you do, don’t turn on the lights. Turning on the lights could help you see him before he shoots you, and that would never work.

If you are hunting a suspect in a dark room with a gun and flashlight, be sure to hold the light directly in front of your body to give the suspect a clear target.

It only takes three or four minutes for two women in high heels to dig a six-foot-deep grave big enough to hold a coffin.

When digging up a coffin in a municipal cemetery at night, turn on the headlights of your car so you can see what you are doing. No one will notice or call the police.

If you hear an intruder in your home and find a broken window, don’t run away or call the police. Instead, proceed cautiously through the house (in the dark) and continually shout, “Is anyone there?” (Works even better with a British accent: “Is anyone theah?”)

When you have sex, you have to start outside the house or apartment. First they hit the door with their backs while they kiss feverishly. Once inside the apartment, go to the bedroom and drop your clothes on the way. Go to bed ready for sex, but you don’t need to remove your underwear, apparently copulation is possible while fully clothed below the waist.

If you are a mature adult and something is bothering you, don’t handle it like an adult. Instead, sweep all the papers off your desk (including computers and other expensive hardware), turn the desk over, lower the bookcases, throw chairs out the window, and just throw a tantrum like any responsible adult would. This sets a good example for children to follow. This is especially appropriate if you are an elected official.

If you need to whistle to get someone’s attention, it’s easy – just put two fingers in your mouth and blow. The result will be a high-pitched, piercing whistle that will awaken the dead. It takes no practice, anyone can do it.

If you are ever at the scene of a plane crash, you don’t need to worry about fire. Despite the hundreds of tons of jet fuel that will be spilled, all you have to worry about is the dozen small fires burning in isolated locations around the crash site. Plus, all the bodies will be intact, and you might even run into a survivor here and there, even if the plane crashed from 30,000 feet.

If you are a computer geek and someone hacks your mainframe from the outside, you will have no trouble fixing it because you can look at the fast scrolling binary and hexadecimal number lines and read them with no problem. You will have the problem solved in about thirty seconds.

If two or more men commit rape, they all laugh like hyenas all the time.

All the ancient Romans spoke with a British accent.

When a tire explodes, there is always a flash under the wheel well and a sound like a rifle shot.

If your house is on fire and the fire department is on the way, stay inside the burning house until they arrive, even if it takes them an hour. It is much more dramatic when you walk out the door with flames chasing you, or even if you are on fire, than simply standing on the grass and waiting for help.

In movies and television, it is possible to stand in a pouring rain while the sun reflects off the metal surfaces around you.

When you park your car, you don’t need to lock it. When you return, don’t bother checking the back seat for intruders. If someone with a club is waiting there to strangle you, you’d probably rather not know.

If the movies are accurate, no one but me has dinner before 8pm. Usually it’s even later, as the filmmakers pick up their dinner appointments at eight and then head to a great restaurant where they have reservations at ten.

If you ever have to remove a bullet from someone’s body, it is important that, when you retrieve the bullet, you drop it into a metal plate at least six inches long, for that satisfying “clunk” sound.

When you go after that bullet, you won’t have to dig very deep. Even if it is a 20mm round, it will stay just under your skin where you can easily reach it.

Even in 2020, people who stay in hotels, when they watch TV, can only watch old westerns from the 1950s shot in black and white, usually with Indians attacking wagons.

If you are an overweight fifty-year-old cop wearing cowboy boots and you find yourself chasing a twenty-year-old suspect who is eight feet tall and runs like a deer, be sure to yell “Stop! Police!” It won’t stop immediately, but if you keep screaming as it fades into the distance, you could wear it out.

If you are driving a car with a passenger in the front seat, feel free to maintain full eye contact while conversing with that person. It doesn’t matter if you are on a highway or busy city street, you don’t need to keep your eyes on the road. Really, it will be fine, you won’t have an accident.

When you’re being chased by assassins, be sure to run through the roughest terrain you can find, then continually look over your shoulder so you can’t see where you’re going. That way, you’ll be sure to fall flat on your face multiple times, just to keep things exciting.

If you own a very hot and very fast sports car, like a Camaro or better, it is important that you spin the tires every time you exit the driveway or parking lot. There is no particular reason for it, it is the right thing to do.

If you are a police officer driving a fast car and chasing a suspect, be sure to follow the trail every time you turn a corner. It can make you waste a few seconds while you regain control, but it helps you catch the bad guy a little faster.

If someone kidnaps your child and demands a ransom, they will probably call the FBI. They will install a telephone tracking kit in your home to locate the kidnappers. Now when the kidnappers call to tell you where to take the ransom, don’t answer right away. Let the phone ring fifteen or twenty times before answering. Criminals will never suspect that you are stalling so the feds can start their tracking.

If you are chasing a murderer in a dark alley or warehouse, a stray cat will jump out of the shadows and scare you. You’ll sigh in relief, and that’s the exact moment the killer will jump you from behind.

Security guards fall into two categories: 1) fat retirees who are always hit in the head and killed, or 2) rejected from the police academy who can’t wait to shoot someone.

When cars fall off a cliff, they will always explode when they hit the bottom, and the explosion will occur inside the car.

If someone ever puts a bomb in your house or car, it will explode 26 times, allowing for very interesting images from 26 different directions.

Now it is possible to pour gasoline all over a floor, wait until the room fills with explosive fumes, and then light a match to threaten the hostages and the police who are there to arrest you. When the match burns up to your fingers, you can safely drop it without fear of igniting gasoline fumes.

Even if you shoot someone with an elephant pistol, it will only make a small red hole in their forehead.

If you are ever on the run from the police, the best way to escape is to drive the wrong way in rush hour traffic at 90 mph. It’s easy, just turn the steering wheel left and right and the other cars will get out of your way.

When you smoke a cigarette, just take a puff or two (but don’t inhale) and then put it out. If that doesn’t satisfy your wish, you can always light another one. After all, they only cost a dollar each.

When people in movies get cancer, they never lose weight. The day they die, they are still robust and completely fleshy.

Film fire victims can burn all their skin, but not their hair. They will squirm and scream in agony while perfectly styled.

People who live in Boston and New York all have California accents.

If you enter a room (or a jail cell) and find someone hanging by a rope from the ceiling lamp, you should not (and this is very important) leave the tray you are carrying. Even if the tray contains expensive crystal goblets or highly unstable nitroglycerin, you MUST drop it and let everything break. This is how you do it.

Only two hymns were known to parishioners in the Old West: Amazing Grace and Bringing In the Sheaves.

In the 24th century, when Starfleet rules the galaxy, everyone in France will speak with a Shakespearean accent.

People on television hate being indoors. They constantly need to “get some air.”