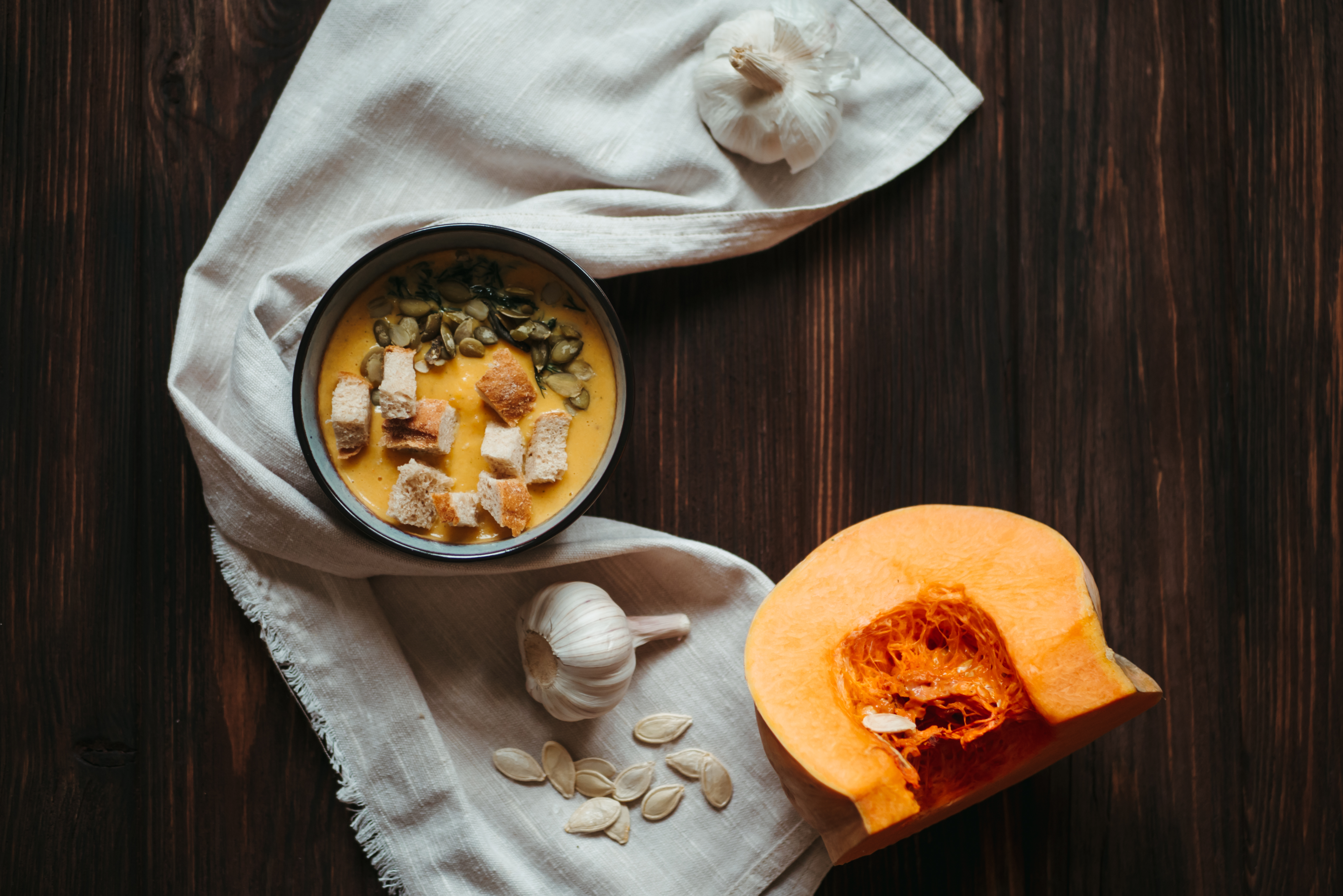 Food for endurance sports? There is a lot of information on how to do it right, how to load carbs correctly, hydration, enough salt, enough sleep, tips on how to get up at 2am to have a smoothie, pasta is good for you, pasta makes you gain weight. . Conflicts in proven means and methods are a minefield. But having run countless half marathons, two marathons, pedaling long distances, and every other event I’ve participated in over the years, I should know better what works for me and what doesn’t. For many years I had a severe intolerance to starchy carbs to the point of being on an elimination diet to see what was causing my problems, had tests for celiac which came back neither here nor there and subsequently spent 11 years eating low carbohydrate foods. and complimentary healthy foods that my friends said looked and tasted like cardboard. The intolerance was so sensitive at one point that even if my fork had been in contact with mashed potatoes before touching my forage, I would be clutching my left side in agony. I slowly started to introduce starchy carbs back into my diet with occasional discomfort, but now I can eat anything more or less. Choosing to start doing this was simply because I wanted to be more active, I wanted to run, I wanted to play soccer, I wanted to ride my bike, but I couldn’t do it any longer and keep from introducing potato and rice back into my plate and had to try to make it work.

Nutrition and hydration for endurance is something that is easy to get wrong, and even more so during a heat wave. If it’s not worrying that what I’m eating is mindless crap (while weaving my way through the fries on Fatboys’ plate while stabbing my fork into my salad), it’s worrying that what I’ve eaten is enough to sustain me into the next long distance or fast travel, fueling my body with quality instead of cheap and cheerful and getting the nutritional balance right. Then there’s the conundrum of burning more calories than you eat so you don’t eat enough to replace the calories burned. My head spins. There are times when I can go for a fasted walk or run and feel great and then there have been times when I am so busy with home life that if I am out running errands I forget to eat properly. and I paid for it and this is what happened in the days leading up to Ashby’s 100, a 105+ mile race that last year had been a well-attended just-for-fun race within the cycling club and then turned into an event official this year. Having spent several days before the event being woken up at the witching hour tending to ‘Gizzard Puke’, the youngest member of the house, I was in time to train for my upcoming triathlon, followed by shopping for a holiday and busy trying to picking up any last minute essentials and helping with keeping the bike ready for Ashbys 100 so not only was I sleep deprived for the days leading up to the ride but I hadn’t really eaten much let alone considering HOW hot it would be at day.

The morning of the trip I got up and dressed in my custom Primal Ambassador kit, ditched my Neon Crush Arm warmers because it was going to be a hot day, and sat on the edge of my bed looking at my pile of socks thinking about which pair to wear. put myself. wear, Electric Shock or Panda socks, it’s always a tough choice, but it’s done with the icons. Drinking my coffee black, my brain and stomach couldn’t really coordinate, I still woke up unable to finish my breakfast. I had packed some gels, flapjack and salt tablets in my jersey pocket, enough to make it to the 50 mile feed stop and headed out to meet the other riders for the 8:30 am start. Around 20 cyclists participated in the event. Coach Matt gave us a pep talk, including making sure we had a proper breakfast. You know, when you were at the school assembly and the principal was calling the students about something, in an attempt to spot the culprit, that’s how I felt at the time and my inner self let out a small ‘oh’ sigh. He then reiterated the intervals on when to take the gels and stay hydrated, “If you’re thirsty, it’s too late,” he said, to which I was relieved that I was up to the task and we only had 50 miles to go. the first feed stop, how bad could it be.

We set off at a comfortable pace, chatting as we headed out into the open countryside towards St Ives and Warboys, it was starting to get quite hot for this time of morning. As we entered a trail, some of us slowed down to wait for others a little further back to make sure they had seen us before trying to catch up with the group ahead. Riding through the rural landscape with bright yellow rapeseed fields, the riders looked like a snapshot on the Tour de France riding through the sunflowers. Some riders who had come back from injury were starting to feel the effects at mile 40 of the ride as we were going into headwinds with some backlash, I felt fine but my bike felt quite heavy and this was partly due to changing the tires on my regular SWorks Gripton, which was starting to wear out, to a set of temporary road tires that came as spares with my CX bike and I didn’t get along with. The tire roll was noticeably different and felt heavy by comparison, this in turn started to do some hard work on my legs as the pack started to push into the swamp into the headwind. Despite sitting in the middle of the pack, I suddenly found myself falling off the back and then working harder again to keep up with the pack who were now sitting around 19mph, but nothing unusual in speed. Falling back in frustration, I drove to the stopping point where everyone had gathered for a quick drink and to regroup. We only had 4 miles to go to the feed stop and I thought it would be a good point to assess what I wanted to do, continue or end the day at 50 and I didn’t want to give up.

Arriving at the food stall, we met some of the club members who had made cakes and sandwiches, providing drinks and a supply of sun cream. It was even hotter and many of the cyclists were already sporting a cycling tan by 11:30am. I felt much better after eating and was ready to complete the second half. All was going well until poor Bill, who was the event organizer, had a mechanical hub at 10 miles into the second half of the ride. While waiting for a replacement bike, the riders took a break and hit the grass, a good opportunity to top up the sunscreen, hydrate, and tell some awful jokes before heading off to our second stop in Denver, which was about 80 miles away. . I was starting to feel better after I had eaten, so now it was just a matter of conserving my energy, ignoring the tire situation and rising temperatures. 5 miles before we got to our second stop, with the sun beating down on us and wanting to get to our destination, Coach Matt was getting bored and needed a distraction as the heat was getting to me so we started playing I Spy, it’s Es funny how the most obvious thing takes the longest to guess. Finally, we arrived at The Jennings Arms, a riverside pub in Denver, parked our bikes in a group and headed to the bar for snacks and salty drinks and then headed the home stretch home.

Riding along the river bank we passed the river boats and traded waves, poor Bill suffering a second and third mechanical in minutes with a puncture. Starting off again I could feel myself feeling a bit out of it. The heat had affected me a lot and I was losing the power to push my legs and I began to fall backwards and make noise. The main pack had moved ahead and it was just Bill and I for company. Coach Matt had been ahead of the pack, but he noticed that Bill and I weren’t in the pack, coming back to us he could see that he was struggling. Having saved his Cherry Bakewell Torq gel for a “special occasion”, he handed it to me along with his half pack of Dextrose candy and told me to eat it with the gel. Meanwhile, as he pedaled and did as he told me, I was also expected to answer several of his questions, including the answer to the letter ‘D’ from our previous I Spy. Talking was made more difficult by the fact that the dextrose and Torq gel had begun to mix and foam almost like a magnesium tablet. This was making me laugh and laughing was all I could do. Matt handed me a Soreen malt loaf and told me to eat it, aside from digesting the Torq gel and Dextrose candy, I couldn’t stop laughing as the malt loaf stuck to my teeth as the foam subsided. Within minutes the combination of the three started to work and Matt explained to me the three power reserve levels and probably, along with the heat and my pre-trip fueling, had probably put me into the third power reserve pretty quickly. . I kept driving for another 9 miles before the group called another pub to get water filled, another puncture fixed and the sweeper to take me home. He had well and truly hit the wall at 91 miles!

The next day I decided I needed to make up the miles I hadn’t completed the day before for the sole reason that it was unfinished business. Taking it easy on another hot day, I headed out into the sunny countryside, well fed and hydrated in my Theta shorts and Jersey intending to just take in the sights and let my legs spin for about 10 miles… 27 Miles later I got home. It was so hot that the rest of the week was a case of taking it easy. It was too hot to push myself with training for my triathlon and I didn’t want to injure myself. Sitting still for a long time is not in my nature, but I took advantage of my down time while the weather was nice and did some shopping with the intention of buying a triathlon belt and laces, however I came home empty handed. but had ordered a new road bike. It’s similar to the time I went to the stores with Fatboy’s bank card to buy coffee and ketchup and came home with 10 bags of groceries and no sauce or caffeine.

The following week my new bike, a Liv Envie Advanced 1, was ready for me at Rutland Cycles, after fitting the bike and adding the aero water bottles I was able to take the bike home. It has been a real pleasure riding this bike and swimming for bicycle section for the triathlon has made me smile a lot. So with the lessons learned on how to eat well, considering the weather and with an eating plan on track, I’m looking forward to my first triathlon, I just hope it’s not too hot, otherwise I’ll keep swimming.