Global tourism: Where to now? – Magazine 360

Lyubomir Popyordanov calls us to take a single step on the road, to take the route we do not know where it leads and to get to know ourselves and the land of which we are inseparable parts.

We’re leaving. We’re coming. We are looking for. We want. We dream. We love. We are traveling.

After a million years (the exact date is disputed), Homo Sapiens returns to its nomadic nature. This is a state of the human race, of the individual, who seeks on the narrowing confines of the earth his exclusive place in which to settle, far from the global tumult. A place to hang his hammock – a breathtaking rock plumb line, to make his wigwam like in the old days, surrounded by those closest to him and face to face with his dreams. A place, or lifestyle, to suit his increasingly controversial and egocentric nature, suffocating from lack of space.

Only 2000 years separate us from the campaigns of the great strategists of antiquity – Alexander the Great, who encountered Persians and Huns in the passes of Asia, and Hannibal, the Carthaginian ruler, who dared to cross the freezing passes of the Alps with elephants. At the beginning of the last century, uncompromising men from Scandinavia and Albion had a cruel encounter on the icy continent. Some did not return, but the South Pole and later the North Pole were conquered – on foot, with dog sleds, skis, with those clothes and equipment, in the days when both the ice to the south and the ice cap to the north were something else. Later, a British alliance of daredevils attacked the Roof of the World and made history. The assumptions remained, but also the example of the restless, eternally searching human spirit. After the end of the First World War, humanity had to find and rediscover the path to its authentic aspirations. Einstein created his theory, Tesla entered the skin of the modern Leonardo da Vinci. The military machine pushed space technology forward, and they pushed mountain equipment. The mountain found its own meaning.

We selfishly keep to ourselves where we took this or that photo. The world is changing at a furious rate, our DNA is changing, everything is Me, the source of our satisfaction. We look for and find new ways to feel the rush, the pressure or the resistance of the wind, with our high-tech equipment or with our bare skin. The sea, the waves, the pressure bars under the water. We want to find out, personally, what a fish is dry, climbing unprepared some 7-8000-meter peak. We live like migrants.

After millennia of free nomadism, conquests, missionary work, bold research expeditions, and mountaineering, the post-World War II world created the World Tourism Organization (WTO), and labeled the whole Brownian movement tourism. Statistics show over the years a trend of increasing the number of tourists – about 1,200 billion wandering around the world, which in addition to the economic levers it drives, means an unprecedented burden on the planet’s ecosystem, the presence of a colossal flow of people among some of the most iconic monuments of nature and those created by human civilizations. The time for free visits to some of them has already passed, and destinations such as Bhutan continue to raise the stakes of tourist interest in an effort to preserve the local cultural identity.

Globalization and the ability to be virtually or realistically everywhere is also the environment in which adventure sports originated as its negation. The attitudes for ecologically and socially responsible tourism are also developing, at the heart of which is the combination of the protection of the natural heritage and the recognition of the rights and traditions of the local people. An analysis of the SOT and ATTA from 2013 estimates a turnover of 266 billion dollars, realized in trips with the label adventure tourism. Of every $ 1 for such a trip around the world, 65 cents remain in local communities. These trips experienced a particularly rapid rise after 2010, new products related to mountain running, multi-activities, adventure experiences in purely cultural trips, explosive development of the so-called. trips without a guide. 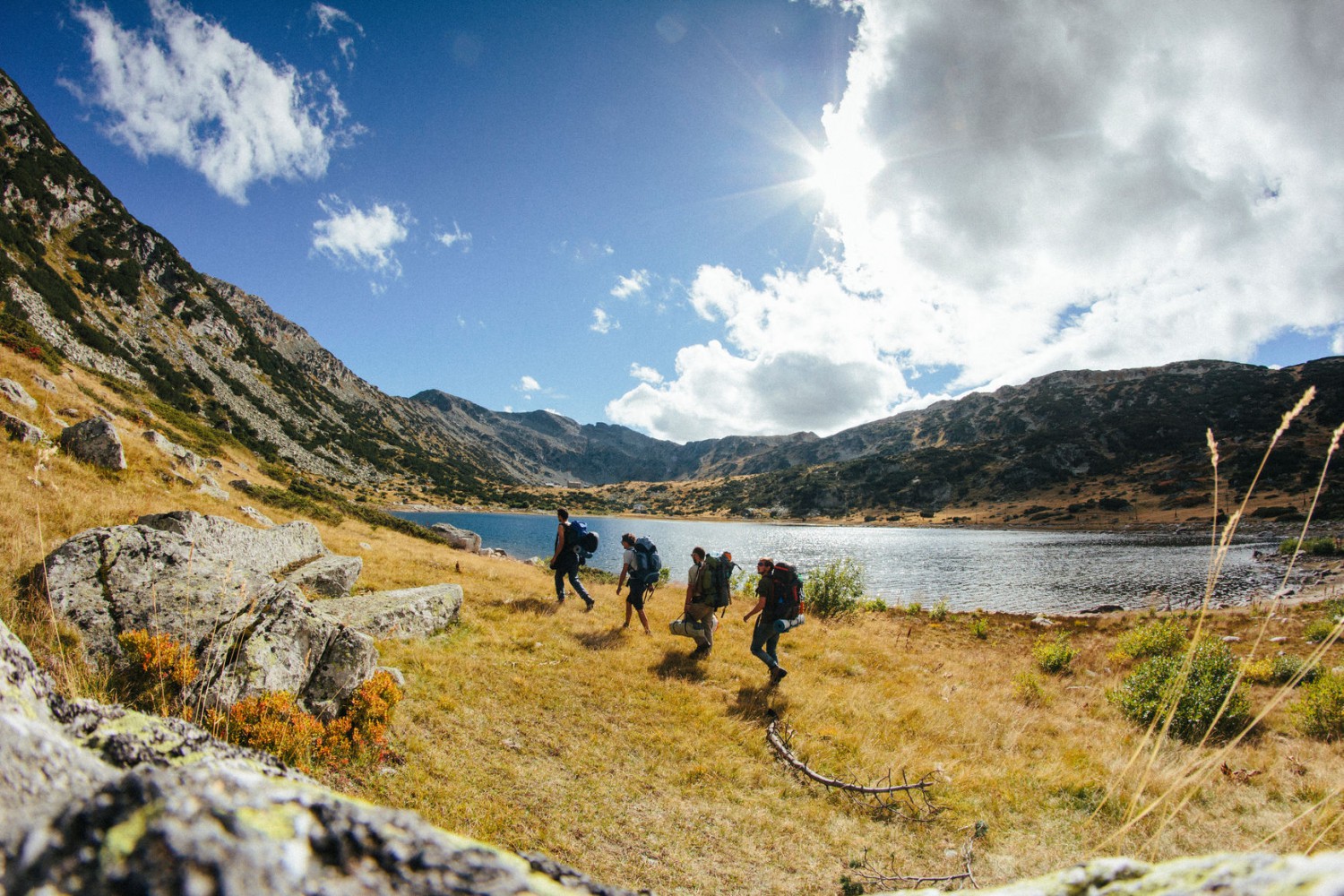 I feel confused and at the same time inspired by this new order with a pinch of chaos. I believe that it will bring to the horizon new leaders, new models, with the potential to give a new meaning to our lives, a new direction and meaning to adventure and travel as part of our lives. Autumn – why always think only of spring? – is a wonderful season to start, to look for a place for our personal adventure, outside the statistics of the WTO. There are so many rocky edges and trails in the heart of our favorite mountainsto test our psyche and endurance, our senses and our ability to help, to communicate with people from these forgotten parts of Bulgaria. Take the backpack!

And even further. Adventure tourism is dominated by women. Nearly 55% of travelers are women, often alone. Immediately after the catastrophic First World War, a Bulgarian woman – Lyuba Kutincheva, recorded the first Bulgarian success in the field of male pride – travel, and for a decade traveled nearly half of the then world, without any institutional assistance.

Travel is a concept of happiness, and for some a lifelong journey. And the guru of Himalayanism, Messner, managed to harness his achievements in favor of the cause of recognizing the rights of his Tyrolean compatriots in Italy. If one day you go to the Dolomites – and this is undoubtedly a good direction, then be sure to visit one of the museums of Messner in Tyrol, Italy. You may cry. Tourism is both a pill and a poison. He gives and takes.

We still haven’t missed the train to Yosemite and Nevada. In Mexico, in addition to the Yucatan and Acapulco, there are states such as Chiapas. The Great Canadian North is still a polar bear possession. In Norway, the fjords are already a summer destination. Iceland holds the championship out of interest and has already turned its back on the memory of the banking pyramids. Far to the east, Mongolia is successful in traveling with yurts of active pastoralists, in Kamchatka volcanoes are still attractive and dangerously active, and in the southern hemisphere Australia, New Zealand, Namibia and Patagonia gather laurels for the best protected wildlife. It is hot on the equator. In Tanzania, they are preparing to build highways, in the Amazon Basin, the Chinese are slowly conquering the last riches of the local peoples, and in the Sahara, the biggest enemy is not sand and wind, but rising Islamism.

Armed to the teeth with astronaut equipment, the modern traveler often engages in unsuitable scenarios. He willingly replaces former travel guides with web pages, abandons the experience of a mountain guide, and is willing to demythologize anything that can be paid for with money, anything that can put him in the spotlight, in his quest to transfer your model of valuing the world. Alas, money cannot buy happiness. The world cannot be expressed in numbers, and the panacea lies not only in growth – the mantra of today’s economists. There are other concepts of happiness, and they give us wings. We see the world in its wonderful diversity, we see the richness of the lagging regions of the world, we continue to make lyutenitsa in autumn, to pick herbs, to collect honey from wild bees, we refuse to obey statistics and we look with suspicion at great empires.

The article is part of the Autumn 2016 issue of 360 ° magazine, which you can buy at a special price from our online store, as well as view our other current offers.

The post Global Tourism: Where to go now? appeared first on Magazine 360.